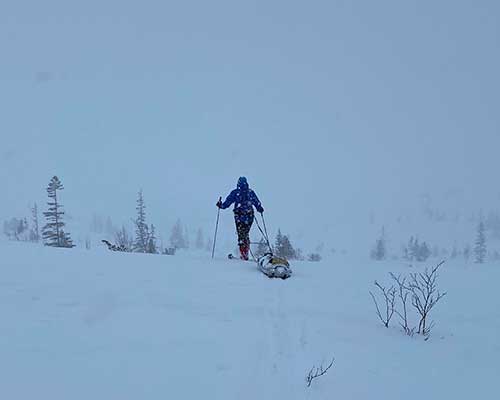 Huge Milestone: They made it to the halfway point, Roltdalen National Park!

They made it to the halfway point (HOORAH) and will camp in Roltdalen tonight. Our first photo of Alison in action was shot by Elise on today’s journey. She is wearing her mother Ginny’s north pole jacket, which is providing great comfort in more ways than one! 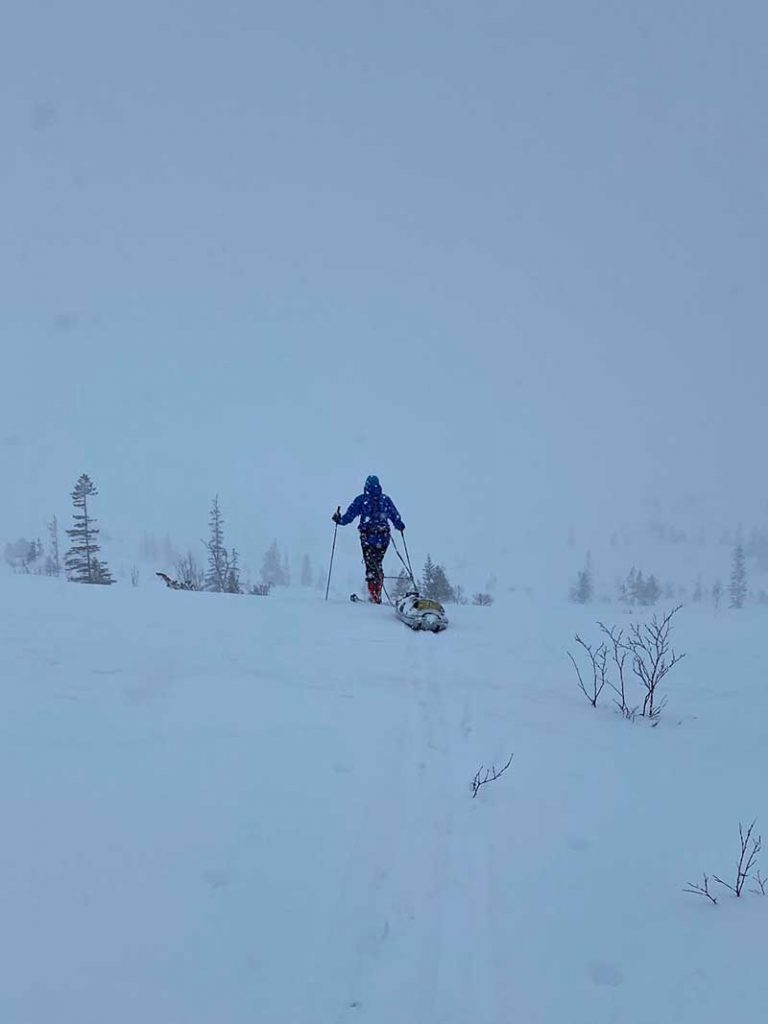 It gives you a window into the extremely difficult conditions.

They woke up this morning to two new feet of snow and after digging out, they skied all day. This much snow is unusual and creating very difficult, and even dangerous, conditions.

In fact, to prep for this trek, her guide Elise skied these parts last year at the same time and said the route was cold but mostly clear the entire trip. Even she, the professional arctic guide, is dumbfounded by all of the snow.

Tonight at Roltdalen they stopped and made a tent camp. As they did the night before, with strong winds, after setting the tent, they spent an hour building a snow wall to protect themselves, and also built a snow enclosure for a bathroom. Alison says part of the reason for these projects is to keep moving to stay warm.

For breakfast each morning they boil water over a fire and use it to make oatmeal and then each fill a thermos for the day. They use that hot water at lunch to mix with a freeze-dried meal of rice and “mystery meat.” No variation at all for meals; simply the same thing each day.

Alison and Elise pull their gear in 80-pound sleds.

Alison brings good luck with her harness, a gift from legendary polar explorer Ann Daniels, who is a friend of Alison’s mother, Ginny, who is also a polar explorer.

They have set the tent for the night but as the snow and winds persist, they hope to find a cabin for tomorrow night. All depends on route and weather!