Sunday: Making camp required a two-hour battle with the wind. Alison and her tent won.

Alison and her guide, Elise, were planning to be “Værfast” for 24 hours. The word Værfast in Norwegian means literally, weather stuck.

After a good night’s sleep in the cabin, they awoke this morning to blizzard conditions but decided to forge ahead, refusing to be weather stuck! Alison is safe in the tent now but very tired from the day’s trek and a two-hour battle with the wind to set up her tent.

Tonight, Alison and Elise are studying wind, snow depths and potential avalanche risk caused by the recent and unusual snow deposits along their planned route. It’s a good thing Elise is an experienced, local guide who knows the terrain well, puts safety first and will vary their route accordingly to avoid any risks.

When speaking to husband Kai on her nightly satellite phone call, Alison said she has made of list of all the warm places she wants to visit when she gets home and thinks of them while poling through the deep snow! 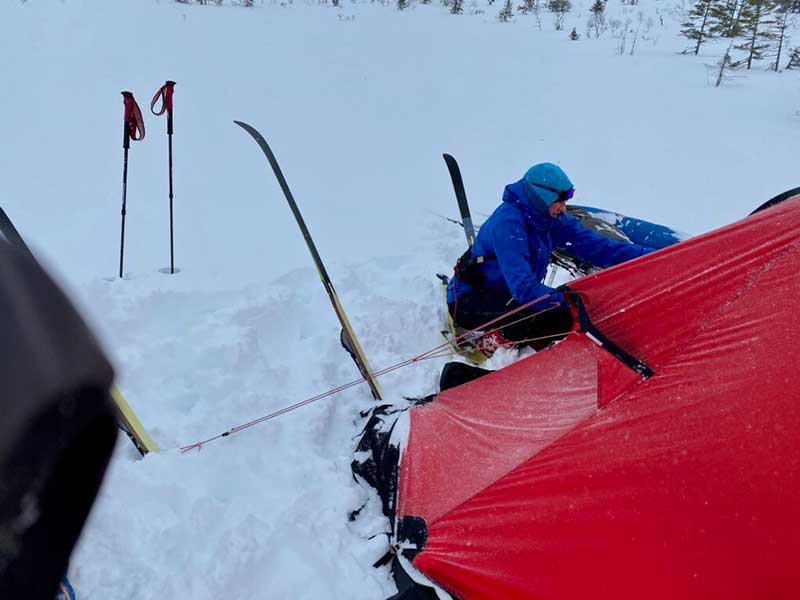 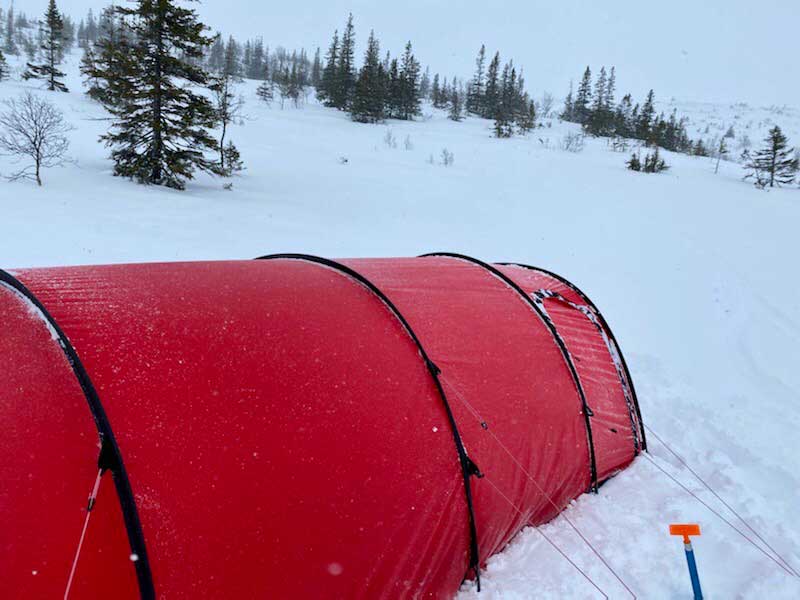