A disease without a name is a disease not on the map.

85 years ago, this year, Dr Asbjørn Følling put phenylketonuria, aka PKU, on the map.

It may sound like a small thing to describe and name a disease, but with a name comes discovery, understanding, and a future.

People who live with undiagnosed disorders spend a large amount of their time searching for answers and help. Once a discovery is made, a name given, what typically follows is a protocol and access to some understanding and healthcare.

While we know PKU would have eventually been discovered, Dr. Følling’s discovery at that time led to a wave of testing of mentally deficient patients in institutions around the world, and more research and understanding followed. The most important work that followed his discovery was by British geneticist, Lionel Penrose.

I learned a lot about Dr. Følling last week while visiting his family in Oslo. Among Dr. Følling’s characteristics that set him up to make a landmark discovery were grit and determination. This determination was in the face of a life not initially meant to deliver his extensive education.

But, perhaps more remarkable and emphasized to me in the retelling, was that he was quiet and caring as a doctor and person.

Dr. Følling believed in listening and looking carefully at his patients and their family. He was humble and shy.

His daughter Ragna recalled that the disease was and is still often called Følling’s disease in Norway, a nod to their heralded biochemist who made this important discovery. It has always been common to name diseases after the researcher who described them, however, Asbjørn never liked the name Følling’s disease. He insisted on calling it by its scientific name at the time because it was descriptive and his humility would not allow a disease to be named after him. Thus, in their household, in his office, in his lab, it was only “imbecillitas phenylpyrouvica”, and later “phenylketonuria”.

In 1962, Følling was contacted by the White House with an invitation to Washington, DC to accept the first Joseph P. Kennedy International Award in Mental Retardation, presented by President John F. Kennedy himself. Dr. Følling said he would not be able to make it. He did not want the attention and he was along in his years. The White House called back several days later and told him they had bought him a ticket and he was expected.

They say Dr. Følling was successful where others were not because of his experience and education in both medicine and chemistry. His nighttime work in a chemistry lab to pay for medical school had paid off. His discovery led to progress some years later that included formation of a diet treatment to reduce exposure to phenylalanine, the amino acid which causes mental and physical decline in PKU patients. He is credited with having informed biochemical concepts for decades, and today PKU has become the model for diagnosis, prevention and treatment of an inborn error of metabolism around the world.

I am excited to honor Dr. Følling by skiing across his beautiful country and raising awareness and funds to cure the disease he discovered 85 years ago. 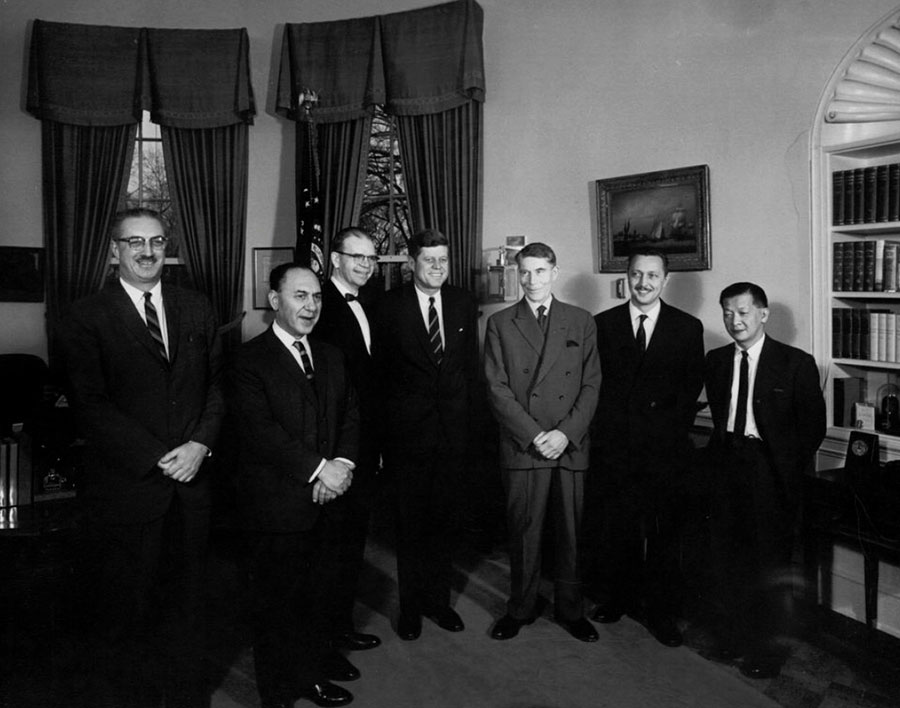