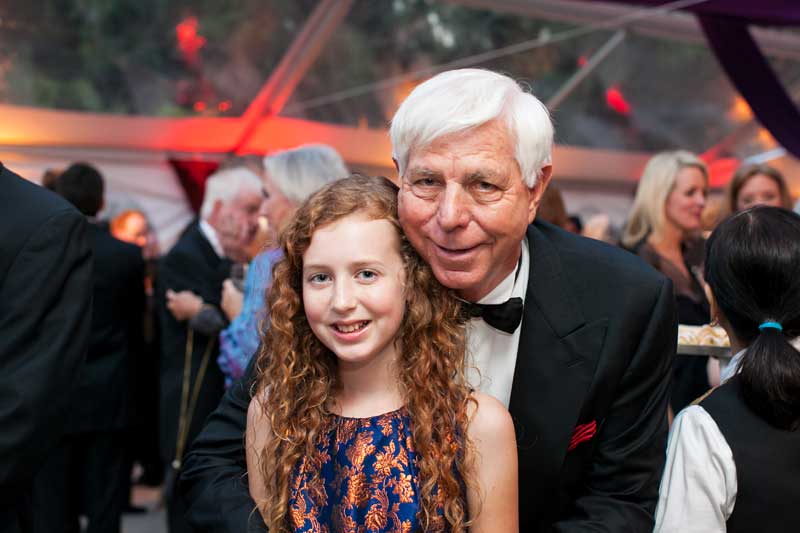 Hi, this is my first blog post, and writing for another’s recreational consumption is not something I do. I’m nervous and I feel vulnerable, but here goes….this is for PKU, and every parent knows the feeling- nothing stands between you and your children’s health and ability to thrive.

Our precious newborn baby girl, Tia, was diagnosed at 3 days old. I remember a few things after the moment we were told. I threw the phone across the room in anger – that is crystal clear. I remember crying for days, weeks, months…I still cry when Tia struggles. Processing a rare disease diagnosis is a lonely and fearful time. But, there is a moment when a flip switches and your fear becomes action. My fellow PKU parents know what I’m talking about- you shift in to mama-bear-on-a-mission. My family and I have had a take-no-prisoners approach to funding research since our first fundraising began when Tia was a year old- that was in 2003.

I’m reminded at every gala when I witness the magic of a community fighting together, and see the immense generosity of friends and family in action, we can do this. We WILL fund a cure in Tia’s lifetime!!

So, that brings me to why I’m blogging in the first place. I found out from Michelle Pernsteiner, the amazing and talented Development Coordinator at the National PKU Alliance, that there will be a funding gap in 2019. Lifting the Limits, Chicago has been delayed indefinitely. It so happens, I had been thinking of doing a follow up to the Washington, DC Tuxes for Tia anyhow.

It’s worth mentioning here- Washington, DC was a big, big night for PKU research! We have the BEST friends in the world, and I am so grateful for each and every one of them. DC Tuxes for Tia was a “light bulb moment” of what could be done to find a cure. It started the whole Lifting the Limits ball rolling too.

But, back to this…. the idea of a second gala after talking to Michelle P felt, meh. I wanted something new.

I come up with crazy harebrained ideas when I’m jogging outside. I’ve been coming up with sometimes unrealistic project ideas since I was little- jump in with two feet, figure it out later. The “what if” is so intriguing to me that I can’t walk away until I sit with them for a while. (*Credit to my parents for allowing us to take risks!)

This harebrain idea had been with me for about 8 months. I called the first person I trust to be honest with me about my harebrains- my dad. After discussing some “safe” options, none of which felt good to me, I said, “What if I cross country ski across Norway, to honor Dr. Følling and to raise money for research instead of doing another dinner or gala?”

He paused for a few seconds longer than normal and said, “That’s the one!”

(Note: Dr. Asbjørn Følling is the Norwegian biochemist who discovered and named PKU in the first place. His legacy is a big deal in Norway and to PKU’ers, but otherwise he is little known. He died in 1973.)

My bad-ass mom happened to walk by our call on speaker phone, and had the same reaction as my dad. Cross-country skiing to my mom is nada. She’s done it to the North Pole and South Pole, and in the same year! She trained by dragging tires behind her in the sand. As I said, she’s a bad-ass.

Kai came next, and then Tia. With their support, there was no turning back. Is it harebrained? Yes. Is it a risk and will it be hard as $%^*? Yes. Could I fail? Yes. But, should I do it—YES!